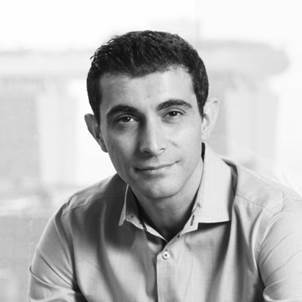 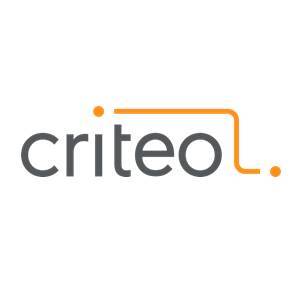 With more than 15 years of experience, Alban has a proven track record in the media and internet industries across Europe, the US and Asia. His expertise spans across key technology disciplines – Artificial Intelligence (Machine-Learning), Blockchain, IoT Retail and Omnichannel marketing.

He has delivered presentations at industry conferences and events including World Knowledge Forum Korea, Tech in Asia, TAITRA Taiwan, eCommerce Show Singapore, iMedia Summit, Web in Travel, Casual Connect, The Asian Banker and Data World Group etc. He has been interviewed by top news organisations and publications such as BBC, CNBC, Channel News Asia, The Drum and Campaign Asia.

A strong advocate of innovation and culture, Alban co-chairs the IAB Commerce Committee and works closely with the French Administration to provide counsel on technology and media policies as a French Foreign Trade Advisor.

Prior to Criteo, Alban led Forever Young Creative Asia, an integrated digital agency, managing both Paris and Singapore-based teams, and overseeing business strategy, financing, institutional relationships and marketing. He also spearheaded the creation of Forever Young Mobile Studio, becoming one of the pioneers of ‘gamification’ in the Asia-Pacific region.

He started his career in film and TV content production for leading media companies – Universal Pictures and Canal+. He also founded his own production company in Paris, ASM Entertainment, and spearheaded business development with Amdocs, a market leader in customer experience software solutions for telecommunications companies.

He holds a Bachelor’s degree in management from ISC Paris Business School and a European master’s in management of digital interactive services from the prestigious INA Institute.

Michal Golebiewski, Microsoft Malaysia’s Chief Marketing & Operations Officer (CM&OO) is responsible for leading the entire span of the marketing and operations functions of the subsidiary in line with the company’s vision of reinventing productivity in a mobile-first, cloud-first world.

This is an area that he is well acquainted with, after having led various divisions within the marketing and operations team over the last 21 years in Microsoft Poland and Romania. This includes leading the Server and Tools Business, the Customer and Partner Experience, as well as the Business Planning Operations function in Microsoft Poland, in addition to championing the CM&OO in Microsoft Romania – his last role prior to joining the Malaysian subsidiary.

Having held this current position for almost two years since 2015, Golebiewski brings wealth of knowledge and experience in the areas of marketing and operations ensuring greater productivity within a Cloud-driven era in Malaysia. Upholding Microsoft’s Digital Transformation vision in Malaysia, he has participated in many speaking engagements and media relations initiatives alongside with key digital drivers such as the Malaysian Development Economy Corporation (MDEC) amongst others to create a cloud first, mobile first nation.

Recently, Golebiewski has shared his views on how Malaysian businesses are embracing digital transformation in news stories - https://news.microsoft.com/en-my/2017/07/07/microsoft-companies-transform-digitally-will-left-behind/ and has also lent his opinions on artificial intelligence’s increasing presence in the workplace to Malaysia’s leading newspaper, The Star -https://news.microsoft.com/en-my/2017/05/25/race-against-the-machine/.

Golebiewski graduated with a degree in Electronics from Warsaw Technical University, and enjoys swimming, and reading books in his spare time.